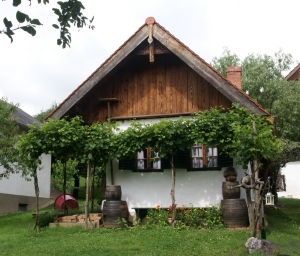 Upfront optimism despite the crisis was declared by the participants of last year’s European Economic Congress (EEC) in Katowice. Almost half of the guests questioned

Upfront optimism despite the crisis was declared by the participants of last year’s European Economic Congress (EEC) in Katowice. Almost half of the guests questioned anticipated an improvement in the economic situation in 2009. Today’s economic indicators prove that those forecasts were true. Next week, the participants of the second, even bigger European Economic Congress will once again attempt to predict the economic future, and not just for Poland and Europe.

In a week’s time, European Economic Congress 2010 (EEC), which is the biggest business event in Central Europe under the patronage of Josẻ Manuel Barosso, will be opened by Jerzy Buzek, President of the European Parliament, Honorary President of the Patronage Council to the EEC 2010 Organizing Committee. Janusz Lewandowski, the EU Budget Commissioner, has already announced his arrival in Upper Silesia’s metropolis, as well as seven ministers of the Polish cabinet, including: Andrzej Kraszewski – Minister of Environment, Waldemar Pawlak – Deputy Prime Minister, Minister of Economy, and Jacek Rostowski – Finance Minister, as well as 16 secretaries and under-secretaries of state. Moreover, participation in the debates will involve foreign government representatives, scientists and members of the world’s biggest corporations and institutions.

One of the main tasks of European Economic Congress 2010 will be to discuss the topic of how to fight the negative effects of the crisis, to work out procedures and actions that could become a driving force for the growth of the European economy in the current situation.

“Poland and Europe, in order to remain competitive in a global context, must overcome the effects of the crisis which has recently effected the world’s economy. Since EEC comprises numerous debates featuring a prestigious and diversified group of participants, it guarantee a thorough discussion of the challenges Europe faces in the upcoming years,” says Mr. Wojciech Kuśpik, initiator for the EEC and president of the PTWP SA Group. “I am sure that the result of the congress’s numerous analyses and discussions will be specific decisions influencing the economic landscape of not only Poland but also of Europe.”

During these three days in Katowice and 50 themed sessions, almost 600 panellists will lead debates on the threats and opportunities that the important economic sectors of Europe and the world will face over the next few years and into the more distant future.
In a survey conducted by Millward Brown SMG/KRC during last year’s Economic Congress, half of the respondents indicated the need for more effective economic cooperation among EU member states. EEC 2010 will create a good opportunity to promote such cooperation thanks to the presence of the representatives of foreign governments and other institutions.

The city of Katowice will host such guests as: Igor Barát – the Slovak Government Representative for Euro Currency Matters, Ovidiu Dîmbean-Creţa – Chief Economic Advisor to the Mayor of Bucharest, Gẻrard de Nazelle – Director of the European Institute of Innovation and Technology, Maurice Vincent – Chairman of the Saint Etienne Metropolis, and Ramon Wyss – Vice-President of the Royal Institute of Technology in Sweden, Coordinator for KIC InnoEnergy.

The participants of EEC 2010 will have eight locations: the building of Academy of Music in Katowice, the Silesian Voivodship Office building, the Regional Chamber of Commerce and Industry, the Qubus, Monopol and Angelo hotels, and the buildings of “Biuro Centrum” and the Euro Centrum Science and Technology Park. Especially for the guests of EEC there will be a congress café in the main hall of Altus Tower.

The co-organizers of EEC 2010 are as follows: Silesian Voivodship, Metropolitan Association of Upper Silesia and the city of Katowice. The congress organizer is the PTWP SA Group – the publisher of the monthly “Nowy Przemysł” and the owner of WNP.pl – a business news website.

More information about European Economic Congress 2010 can be found at: www.eec2010.eu

Bezpośredni link:
In what direction is Europe’s economy heading? – the debate begins next week in Katowice https://www.doplata.pl/in-what-direction-is-europes-economy-heading-the-debate-begins-next-week-in-katowice