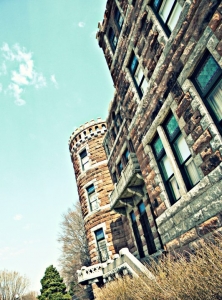 According to initial data provided by the Central Statistical Office (CSO), between January and September 2009 just below 115,000 residential units (incl. apartments/flats and single-family

According to initial data provided by the Central Statistical Office (CSO), between January and September 2009 just below 115,000 residential units (incl. apartments/flats and single-family houses) were delivered for use across Poland – this figure accounting to 6.7% in excess of the 2008 output. Let us recall that the results as for H1 2009 have improved versus those of H1 2008 by nearly 10%. Thus, the pace at which units are delivered has been decelerating. In all probability, with an expected 160,000–170,000 units delivered, the year 2009 will be similar to 2008 with regard to the number of units delivered for use. Given the Polish circumstances, this will be quite a good result – however, it will primarily be an aftermath of the investment boom of 2007.

Yet, even though the result might prove somewhat improved as versus the preceding year, it is certain that the year to follow, i.e. 2010, is expected to see the trend clearly reversed. The statistics have shown diminishing activity in starting new residential projects. In the nine months of 2009, construction of almost 110,000 units started – i.e. less by 23.8% than in the corresponding 2008 period. A slight improvement in the trend might thus be referred to – as for the H1 period, the drop amounted to 28.3%. However, the average figure is quite misleading in this particular case. For a few years now, critical importance for construction statistics is borne by what occurs in the investor categories described as ‘for sale or rent’ – i.e. developers who first and foremost build units offered for sale in multi-family arrangements, and, ‘individual’ – i.e. the group with a dominant share of households constructing single-family houses with a view to satisfy their own residential needs. As for the number of units started, the situation appears completely different in these two categories.

For the developer sector, statistics confirm that the activity’s scale has heavily decelerated. In January to September 2009, developers started construction of some 29,900 units, this marking 45.1% less than in the corresponding period of 2008. In this case, mainly owing to the September outcome, we can speak of a slight improvement compared to the H1 trend: between January and June 2009, these investors commenced 49.7% less constructions than in H1 2008; yet, the decrease continues to be very deep. Moreover, it should be taken into consideration that a number of formally commenced constructions appear, in reality, on a smaller scale than initially envisioned (e.g. construction has started of but one out of several buildings) or are limited to a formal facet (the symbolic ‘shovel driven in’), the scale of decelerated activity being even larger than as suggested by the statistics. Of crucial import to the decision to sign a contract with the contractor and start the project is namely whether the developer is able to ensure project delivery funding for itself; the reality is that acquisition of loans has not become any easier for developers.
Individual investors have started construction of almost 73,900 units, i.e. less by 8.2% than in Jan.-Sept. 2008 (the result as for H1 being 11% less than as for H1 2008). Most projects in this sector are funded without a lending facility in their initial phase, the pace of delivery being flexibly adapted to existing financial feasibilities.

Even based upon official statistics and inclusive of units commenced by housing cooperatives (ca. 3,200 until September inclusive), it is evident that the proportion between multi-family housing for sale and houses built by individual investors has dramatically reversed. Until recently, these figures were rather similar, while lately, in terms of number of units delivered, developers and cooperatives have clearly outpaced individual investors. The first three quarters of 2009 saw the former two categories start, in statistic terms, construction of ca. 45% of units commenced by individual investors.

For contractors specialising in production of multi-family buildings or suppliers of elements or equipment, such a situation certainly entails a serious trouble. It is not reasonable to expect an increased number of commissions from the public sector. In January to September 2009, the category encompassing the other forms of construction – i.e. delivered by communes/municipalities, Social Housing Associations and employment enterprises – also saw a considerable drop in the number of units started, in excess of 37%. With some 2,800 units started by the end of September, the scale of this construction is of no significance to the contractor sector or construction material making industry. In fact, no significant changes are expected in this respect in several quarterly periods to occur.

Kazimierz Kirejczyk
President of the Board